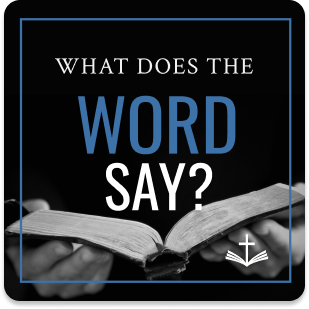 See the Search Indexes page to search all sessions by topic, scripture, or references (Search Indexes is on the drop-down menu under Archive).

Dr. Richard Spencer serves as an elder and minister at Grace Valley Christian Center, where he teaches systematic theology, and has led GVCC’s Faith and Reason Series. He is Professor Emeritus of the Department of Electrical and Computer Engineering (ECE) at UC Davis, and a Fellow of the Institute of Electrical and Electronic Engineers (IEEE). He received his B.S.E.E. from San Jose State University and his M.S. and Ph.D. from Stanford University. He has been married to his wife, Patti, since 1979 and has three children and three grandchildren. He has been a member of GVCC since giving his life to Christ in 1992.

[1] Why it matters what the Bible says

Four significant reasons are given for why it is intellectually untenable to be an atheist. Since God exists and the Bible is his revealed Word to us, we should all be interested in what it says.

[2] An outline of the Bible, Part I: What we are to believe

What is it we are to believe about God and man? God created this universe, including all living beings, for his own glory. Man was originally created upright, but then rebelled against God. Nevertheless, God has provided a way for us to be redeemed from our sinful condition and its just punishment.

[3] An outline of the Bible, Part II: What is required of us

God “commands all people everywhere to repent” (Acts 17:30) and to “believe in the name of his Son, Jesus Christ” (1 John 3:23). And so, part of our duty as God’s creatures is to repent of our sins and believe in the person and work of Jesus Christ as Savior and Lord, which means to abandon all trust in ourselves and to trust in Christ alone. We then prove that our repentance is real by walking in obedience to God’s commands (Acts 26:20). Our works are necessary as proof that we have been born again, but are in no way meritorious, the basis for our salvation is the perfect righteousness of Jesus Christ alone (2 Cor 5:21).

[4] Why we should believe the Bible, Part I: The Bible’s testimony about itself

[5] Why we should believe the Bible, Part II: The Bible’s testimony about itself continued

People desire to know with certainty the purpose of life, and about eternal life, but do not want to submit to authority. The authority of the Bible, and of God, is of central importance. Attempts to determine the ultimate purpose and meaning of life apart from God end in despair and futility. God commands, he does not suggest. As his creatures, we should always approach him, and his Word, with reverence and awe, and we should willingly and joyfully submit to his benevolent rule. Jesus spoke and acted with absolute authority and we should listen.

[6] Why we should believe the Bible, Part III: The Bible’s testimony about itself continued

The Old Testament gives us a progressive revelation of God’s plan of salvation. It begins with the first statement of the gospel in Genesis 3:15 and then give us progressively more detailed information, including many detailed prophecies about the coming Messiah. All of these prophecies were fulfilled in Jesus of Nazareth, the Messiah, or Christ. Only God can tell us the future, and he not only knows it, he has ordained it. God then gave delegated authority to others; to husbands, parents, pastors and civil authorities.

[7] Why we should believe the Bible, Part IV: Extrabiblical evidence corroborating the Bible.

The Bible itself is our most valuable archaeological document. It was written between roughly 1400 B.C. and 100 A.D. and has been proven to be accurate in what it teaches us about ancient history. Given that the Bible is the Word of God and is essential for salvation, we would expect that God would providentially see to it that it was preserved, and he has. The Dead Sea Scrolls provide tremendous evidence of this preservation. And other archaeological finds corroborate many details in the Bible. For example, names of people and places are accurate, the prices of slaves at different times are accurate, and the forms of treaties and covenants in use at different times are accurate.

[8] Why we should believe the Bible, Part V: More extrabiblical evidence corroborating the Bible

The Genesis account of creation was never intended to provide us with a scientific description of how the universe was created. Also, when the universe was created is of no theological importance at all. We must believe that the Genesis account of creation is absolutely true – it is part of God’s inerrant word; but, we need to be humble and not be dogmatic in asserting that young-earth view is the only possible understanding of the account.

[9] Why we should believe the Bible, Part VI: More extrabiblical evidence corroborating the Bible.

The Genesis account of creation, which Christians must accept as true, is often thought to be at odds with modern science. Some people incorrectly think that you must choose between the two. But, the reality is that there are a number of possible ways to reconcile the Genesis account of creation with modern science, so, even though we may not have a definitive answer, it is clear that such an answer does exist. As an example, the days of Genesis 1 might be literal, 24-hour days, and yet not be consecutive. We must also determine where the observer is who is describing the creation days. It is even possible, based on the theory of relativity, that the observer is in a reference frame in which time moves at a dramatically different pace than it does within our universe. References are given for listeners who are interested in more detail.

[10] Why we should believe the Bible, Part VII: More extrabiblical evidence corroborating the Bible.

The view of creation sometimes called Theistic Evolution is briefly described and, in addition to having inadequate scientific support, is shown to have a serious theological flaw. The difference between the accounts of creation given in Chapters 1 and 2 of Genesis is then explained. The ubiquitous nature of human sin is compelling evidence for the Genesis account of the fall. The biblical account of the flood is consistent with extra-biblical sources. And the biblical account of creation as a whole is a polemic against all mythological presentations of creation. Christianity is not the end result of an evolutionary development of religion.

[11] Why we should believe the Bible, Part VIII: More extrabiblical evidence corroborating the Bible.

The idea that Christianity is the result of an evolutionary process is nonsense. God has not changed; he is every bit as gracious in the Old Testament as in the New, and he is every bit as wrathful in the New Testament as in the Old. Continuing with our presentation of extra-biblical evidence to corroborate the Bible, we have one possible bit of direct extra-biblical evidence for Abraham, and we have much indirect extra-biblical evidence for the patriarchal narratives. The names, geopolitical situations, prices of slaves, forms of treaties, social customs and so on are all correct for the period and location. It would not have been possible for someone writing significantly after the time of the patriarchs up until very recently to get all of this information correct, so we conclude that the biblical narratives are genuine historical narratives. The few places where there are clear anachronisms are easily explained as later changes introduced by copyists for the sake of clarity.

[12] Which Jesus?: The nature of true saving faith Part I

Salvation is by faith alone, but just saying that you “believe in Jesus” does not guarantee that you are saved (Matthew 7:21-23). You must believe in the Jesus presented to us in the Bible, not one of the counterfeits presented in many modern churches. There are many so-called gospels being preached, but Paul called them “no gospel at all” in Galatians 1:7, those who believe in them are destined for eternal hell. The true gospel requires that we recognize we are sinners in need of a Savior; that is the bad news. The good news is that Jesus Christ is the one and only Savior. He died to pay for the sins of everyone who will repent of his sins and trust in Jesus Christ alone for his salvation.

[13] Union with Christ is Not Just for this Life: The nature of true saving faith Part II

True Christianity is not just moral renovation and it is not primarily focused on this life. A true Christian is looking forward to his reward in the next life, in the new heavens and the new earth. True salvation is based on a double imputation (or transaction); namely, our sins are imputed to Jesus Christ and his perfect righteousness is imputed to us. Because our sin is against God, it is infinite and no mere human being is able to pay for it except by spending eternity in hell. But, because Jesus Christ is fully God and fully man, he was able to pay for the sins of his people, and further, because he was a perfect sinless man, he has a perfect righteousness to give to us. This double imputation occurs because believers are united to Christ by faith. Union with Christ is “the central truth of the whole doctrine of salvation” according to John Murray. True Christians will walk in obedience to God’s law out of love and thanksgiving to God.

[14] Living in Union with Christ: The nature of true saving faith Part III

The most important thing we must know about living in union with Jesus Christ is that he is Lord. He is Lord in the ultimate sense; in other words, he is the Creator, Sustainer, Redeemer and Judge of the universe. When we become Christians, we proclaim “Jesus is Lord” (Rom 10:9), but that is simply our acknowledging the truth, it does not affect reality. Jesus is Lord, whether we acknowledge it or not. But, on the Day of Judgment, every tongue will confess that Jesus Christ is Lord to the glory of God the Father. As people who have been born again, Christians will live in obedience to Christ, although they still have sin dwelling in them and must fight against it every day.